I Used Cinnamon as a Sleep Aid…and it’s Good! 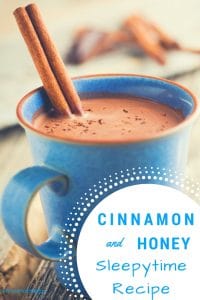 I’m always on the lookout for new drinks to help my insomnia, and when I saw this warm milk, cinnamon and honey sleep drink I knew I had to try it.

I had a mug about an hour before bed, but it wasn’t very long before I started feeling its effects. Maybe it was all in my mind, but my body felt more relaxed and seemed like I was actually getting drowsy.  It was an awesome feeling, let me tell you.

You might think cinnamon is only good for french toast and pastries, but sleep is actually a little known benefit of cinnamon.

This honey and cinnamon recipe for sleep works so well because it combines cinnamon, honey, and warm milk, three key ingredients that are proven insomnia busters.

Why Does Cinnamon Help you Sleep? 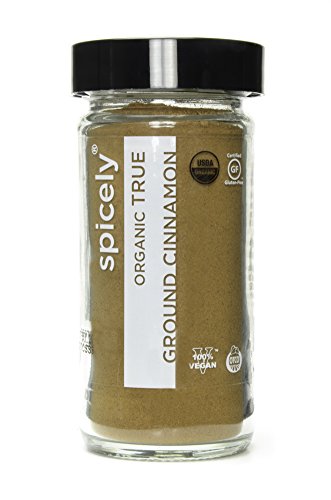 It doesn’t set off the release of sleep hormones like bananas or pink Himalayan sea salt, but cinnamon does prepare your body to have a restful, uninterrupted night’s sleep.

Have you ever been in a deep sleep and then suddenly woke up for seemingly no reason? You’re not waking up because you’ve gotten enough sleep and it’s time to get up.

You can blame blood sugar spikes and crashes for waking you up just when you were about to kiss Tom Cruise.

Cinnamon regulates blood sugar levels, which can keep you from waking up suddenly out of a dead sleep. It also improves blood circulation, a plus if you suffer from cold feet and hands at night.

It’s important to use only pure Ceylon cinnamon in this cinnamon and honey sleep recipe. Most cinnamons found in grocery stores isn’t a true cinnamon, it’s cassia, a cheap cinnamon substitute. Ingesting cassia in significant amounts on a daily basis can actually cause liver failure. 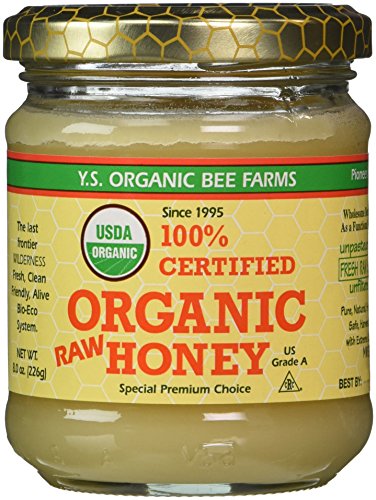 Have you ever wondered why honey is in most old homemade sleep remedies? It’s not just to sweeten stuff to make it more palatable. Our grandmothers knew that taking honey to sleep was smart!

The sleep benefits of honey are many because honey initiates key sleep responses in the body, among other things:

I do want to stress how important it is to use only pure unfiltered raw honey. Supermarket honeys may contain GMO’s, antibiotics, and of all things high fructose corn syrup. Plus some bottles labeled honey isn’t really honey at all, it’s just colored corn syrup.

None of these have any sleep (or nutritional) value at all. Please stay away from commercial honey!

Get a Free PDF Version of this Recipe when you Sign Up to Our Newsletter!

How to Make Cinnamon and Honey Sleep Drink

This sleepy drink tastes a lot like custard. I like to sip it in the evenings in the hour I’m winding down before bed. It feels so comforting, especially on cold winter nights. Here’s how to mix honey and cinnamon for a sleep aid.

I’ve put together an ingredient list on Amazon so you can find everything you need in one convenient place.

Warm milk in a small pan on low heat. When it’s just to the point of scalding, remove from heat add the rest of the ingredients and mix well.

Drink about an hour before bed.

Even if you drink your warm cinnamon and honey before bed, it won’t help you sleep if you have bad sleep habits. Help yourself relax by taking a warm bath in sleep inducting bath salts and begin your relaxing sleep routine. Stay away from blue light a couple hours before bed, or at least wear blue light blocking glasses. 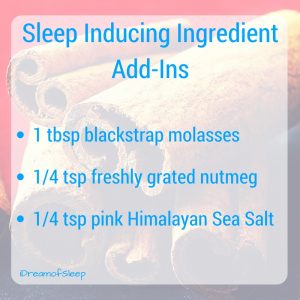 Even though the cinnamon, honey, and milk combo can knock insomnia out fine on their own, you can add extra sleepy ingredients to make it even more effective.

For an extra dose of magnesium, add 1 tbsp organic blackstrap molasses. If it’s too sweet for you, cut it down to 1 tsp honey and 1 tsp molasses. But I’d keep the 1 tbsp of molasses if I could handle it. 1 tbsp contains 48 grams of magnesium. You can read more about the sleep benefits of molasses in my recipe for sleep tonic.

It’s listed as an optional ingredient in the list, but I highly recommend adding in the fresh grated nutmeg. Nutmeg has the same chemical properties as tranquilizers and can really knock you out when nothing else works. If you’re interested in learning more about nutmeg, I also have a nutmeg sleep remedy if you’d like to check that out, too.

It sounds icky, but consider adding 1/4 teaspoon of extra fine pink Himalayan sea salt. It regulates sleep hormones and works in conjunction with the cinnamon to keep your blood sugar levels stable. (No, it doesn’t ruin the taste!) 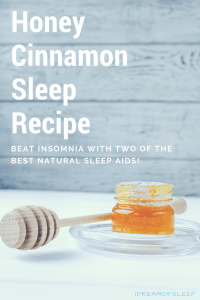 If you’re having trouble sleeping and looking for natural ways to get to sleep, I recommend starting simple. First try taking magnesium to fix your insomnia since a deficiency is often the root cause of the insomnia.

If that doesn’t work or if you need a little help getting sleepy, I recommend trying drinks to help you sleep, like this cinnamon and honey sleep recipe before bed. It’s such a simple natural sleep remedy to whip up, and more than likely you already have all the ingredients in your pantry.

Does it seem like everything you try to help you fall asleep ends up not working? It may not be your sleep remedy, it could be that you’re not taking it the right way!